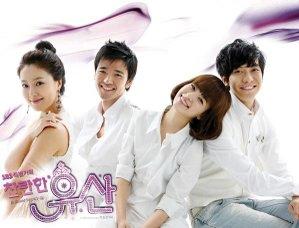 , The drama consisted of 28 episodes and maintained its top spot in viewer ratings for 10 consecutive weeks, with its last episode attaining a high viewer rating of 47.1%.
Advertisement:

Go Eun Sung is a bright girl, returning from overseas, when her father apparently is killed in a gas explosion in Incheon. Her stepmother, Baek Sung Hee, conspires to keep all the life insurance by kicking her and her autistic brother Eun Won out of the house. Eun Won disappears while they are desperately looking for a permanent residence. Eun Sung helps an injured old lady, but finds out she is the president of a national soup company. The lady invites Eun Sung to live with her widowed daughter-in-law and two grandchildren while they search for her missing brother.