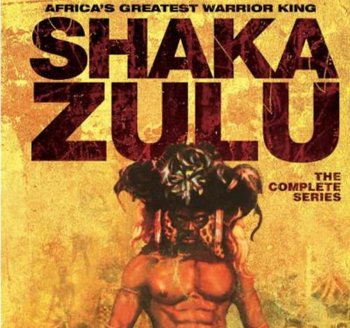 Shaka Zulu is a 1986 South African historical TV drama, mostly set between 1823 and 1828 but with some focus on Shaka's formative years as well. Henry Cele stars as the titular King of the Zulu. An epic tale with thousands of extras, it was partially funded by the American company Harmony Gold USA, and entered syndication in the US as well as South Africa.

The series is loosely based on the actual writings of traders who lived with the Zulus for a period, as well as the Zulus' own verbal traditions. It covers the circumstances surrounding Shaka's birth, his childhood, and his rise to prominence, though most attention is given to the five year span from when traders began living with the Zulus to Shaka's downfall and death.