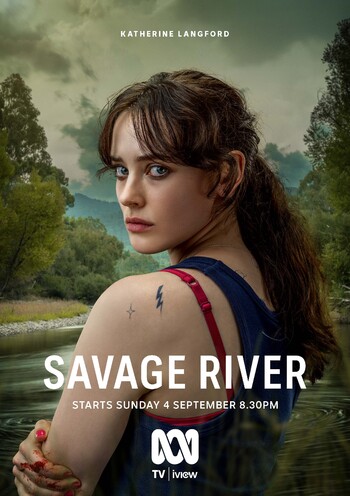 Savage River is a six-part Australian crime drama, produced by Aquarius Films, which premiered on The ABC on 4 September 2022.

When Miki Anderson (portrayed by Katherine Langford) returns to her hometown after ten years in prison she's determined to finally move on with her life, but the close-knit community of Savage River is not about to let her forget the past that easily. When a murder rocks the town, Miki immediately becomes the focus of everyone's suspicion. With the police closing in, she sets out to prove her innocence, uncovering long-buried secrets that will cast doubt on everything she thought she knew.