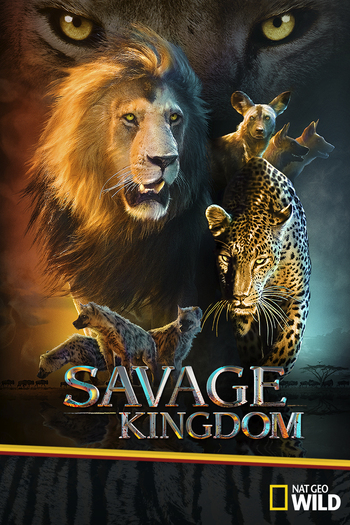 I am life. I am death.
I give everything, but I take all.
I am the Savage Kingdom
Advertisement:

Savage Kingdom is a nature documentary series about African wildlife narrated by Charles Dance. It has a loose narrative based on the lives of the animals featured.

Matsumi is the queen of the Marsh lion pride. She makes it her goal to produce more soldiers for the pride and especially produce a good heir. All around her are enemies that get in her way. There are many other clans out there who are also fighting for their own survival. These clans include other species, such as African wild dogs and hyenas, as well as fellow lions.