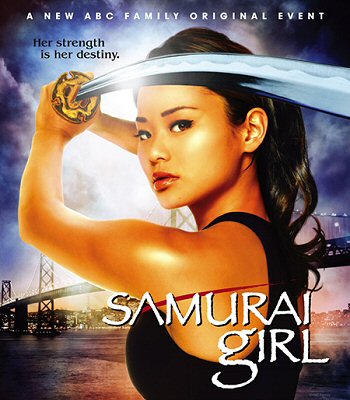 Samurai Girl is an ABC Family Mini Series, that aired in September 2008, about a girl named Heaven and her journey as a Samurai. It is based off of the book series of the same name by Carrie Asai.
Advertisement:

The series consists of six episodes that aired over the course of three days, with Friday airing the Book of the Sword two-parter, Saturday airing Book of the Heart parts one and two, and Sunday finishing with the final two episodes, Book of the Shadow.