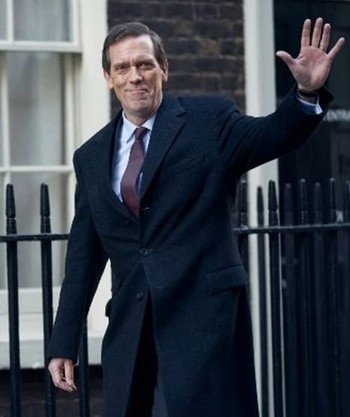 Look behind the smile.
Roadkill is a 2020 BBC miniseries about cabinet minister Peter Laurence (Hugh Laurie) and the dark past that haunts him.
Advertisement:

Helen McCrory (in her final acting performance before her death in April 2021) plays PM Dawn Ellison, who doesn't trust Peter.