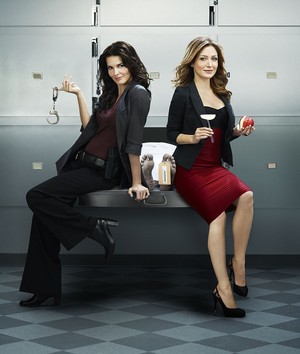 Rizzoli & Isles (aired 2010-16) was a show on TNT set in Boston with two of the department's hardest working women cracking the city's most gruesome murders. These two friends are as different from one another as can be. Jane Rizzoli (Angie Harmon) is a no-nonsense cop with an attitude and tomboy inclinations. Dr. Maura Isles (Sasha Alexander) is a brilliant though eccentric medical examiner, much more feminine and mild than Jane. As odd of a pairing as they may be, Jane and Maura are close friends who are always there for one another and have each other's back.

Based on the Rizzoli/Isles novels by Tess Gerritsen.