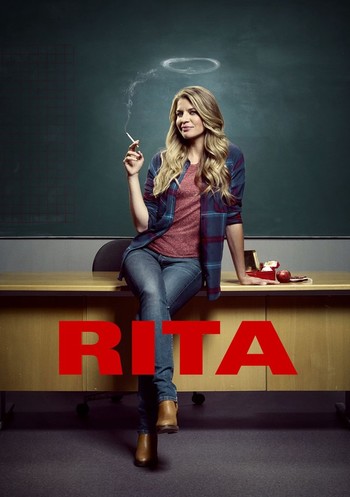 "Rita" is a Danish TV series that started in 2012. It is about Rita Madsen, a Snark Knight teacher. She is a single mother, has a best friend in Hjørdis, and frequently deals with Political Correctness Gone Mad. Se had a relation with Rasmus, the principal, and then broke with him. She became principal herself, but was fired because of a plot to ensure that the school was financed.
Advertisement:

Then she moved to her home city and worked at the school of her teenager years, meeting again her old friend Lea. The school was also closed, so she started a new one at her home.