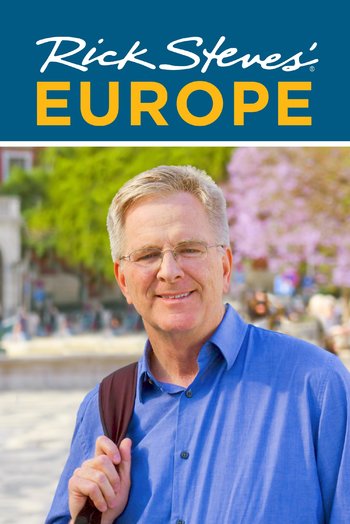 "Hi, I'm Rick Steves, back with more of the best of Europe. This time, we're on TV Tropes. Thanks for joining us."

Rick Steves' Europe is a long-running Travelogue Show that has aired on PBS since the year 2000. As the title suggests, it's focused on Europe and is hosted by travel writer Rick Steves.

A typical episode features Rick traveling to a specific region of a country and starting in a major city, like London, Paris, Munich, or Venice. He visits the major tourism sites like museums and landmarks, often joined by a local travel guide he knows. Then he travels to the countryside and smaller towns, giving a much wider view of the destination. Along the way, he chats with the locals and samples meals and drinks that the area might be known for.

The show is intended to inspire its viewers into taking their own vacations to Europe, and, to that end, his company sells tours of Europe as well as guidebooks reflecting Rick's philosophy on travel. In addition to the TV show, Rick Steves also hosts a radio program that is heard on NPR stations, and a website

with travel tips and videos (including clips from the series).

"We hope you enjoyed this look at the vast and unique landscape of TV Tropes. I'm Rick Steves. Until next time, keep on traveling. Au revoir."