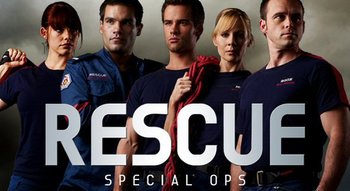 Rescue Special Ops is an Australian television series that ran for three seasons from 2009 until 2011. It focused on the lives of a group of specially trained Paramedics who performed rescues in high risk situations, whilst also dealing with their relationships.