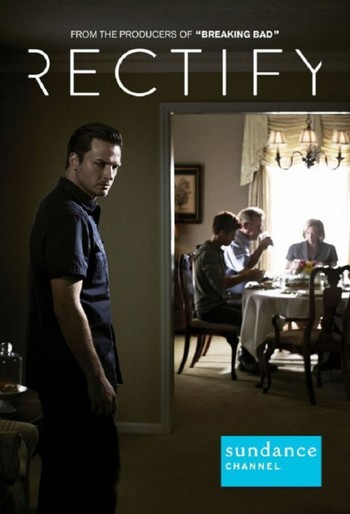 Rectify is a drama series that premiered on the Sundance Channel in 2013.

It focuses on Daniel Holden (Aden Young), who is released from prison in the first episode after DNA evidence overturns his conviction for the rape and murder of his girlfriend, a crime to which he confessed at the age of 18 and for which he spent 19 years on death row.