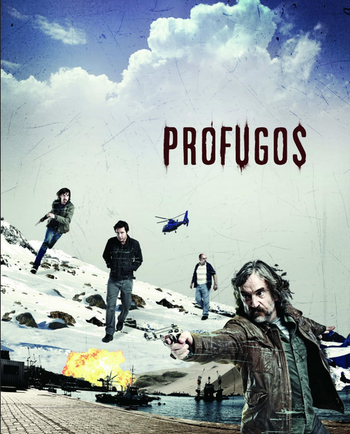 Prófugos ("Fugitives") is a HBO Latin American original series filmed and located in Chile by Chilean actors. The series is about a group of men who are involved in a failed drug operation that forcing them to escape from police and the rival drug sellers.
Advertisement:

The series had a successful reception and started a second season in September 2013. In 2014, one of the main actors confirmed a third season is on the way