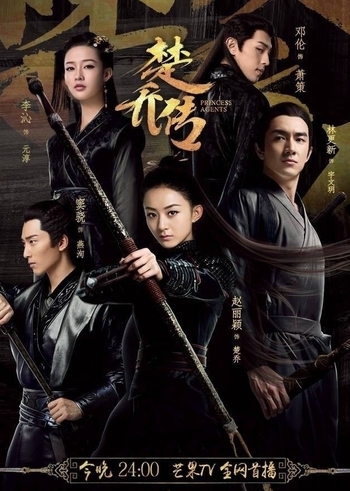 Chu Qiao, a slave girl, is rescued by Yan Xun, Prince of Northern Yan, and becomes a servant of Yan Xun's friend Yuwen Yue. The emperor of Wei arranges for Yan Xun's family to be branded traitors and massacred. Yan Xun tries to use Chu Qiao in his revenge plan. She becomes increasingly distrustful of him and eventually decides to work against him.

and the DVD version is on Viki

, both with English subtitles.