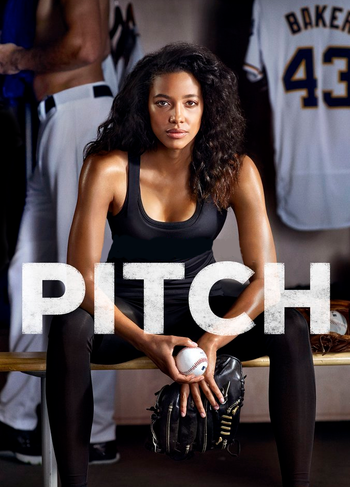 Pitch is a 2016 baseball drama that aired on FOX. Kylie Bunbury stars as Ginny Baker, an upstart pitcher who rises to national prominence when she's recruited to the San Diego Padres — becoming the first ever woman to play on an MLB team. Unfortunately the series was reported cancelled on May 1, 2017.

As her MLB career unfolds, she's forced to own her responsibility as a role model to young girls, prove she deserves her place in the big leagues, and fight against sexism within the world of sports.

The MLB itself was involved in production of this series, lending the actual likenesses of its various teams for usage.