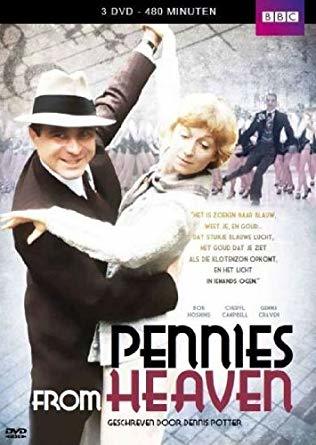 Philandering 1930s sheet music salesman Arthur Parker escapes from his dull life by fantasizing elaborately choreographed musical numbers in which he and the other characters lip-sync to original recordings of popular 1930s music.

Originally a 1978 BBC miniseries created by Dennis Potter and starring Bob Hoskins, Gemma Craven, and Cheryl Campbell, it was remade in 1981 as a feature film directed by Herbert Ross and starring Steve Martin, Jessica Harper, Bernadette Peters and Christopher Walken.