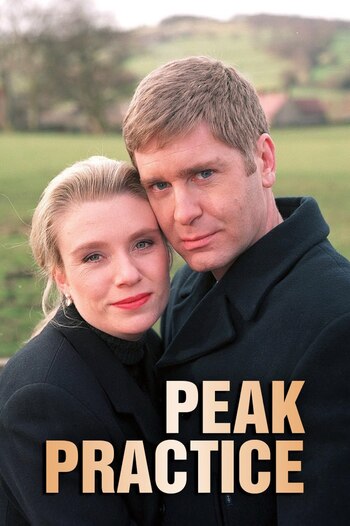 Peak Practice was an ITV Medical Drama produced by Central Television. Despite it being one of the most popular drama series in the UK during the The '90s, the turn of the century saw its ratings decline until ITV decided to cancel it after the eighth series.

Set in the fictional town of Cardale in the very real Peak District area of Derbyshire, the show focused on the lives of the town’s G.P (General Practitioner's) Doctors' surgery and their patients, and was well known for heaping misery upon misery on all of them.

The show originally starred Kevin Whatley and Amanda Burton, however by the time the series was ended, almost none of the original cast was left.