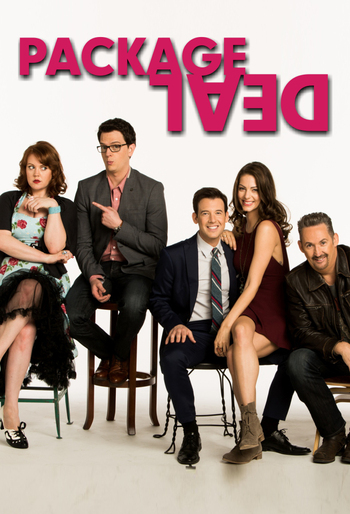 Package Deal is a Canadian sitcom about three very close brothers and how that bond is tested when the youngest brother Danny (Randal Edwards) finds love and tries to bring his girlfriend Kim (Julia Vothnote better known as the model for Jill Valentine in Resident Evil Remake and Resident Evil 5) into their family.

Premiered June 18, 2013 on Citytv and aired for two seasons.