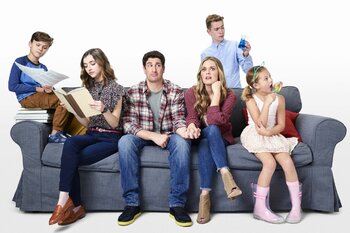 OutMatched is a comedy show that formerly aired on Fox and now is available for streaming on DisneyPlus.

As a result of encouraging their children's natural talents, cabinet maker Mike and casino gambling hostess Kay ended up with high IQ children.

Unfortunately for the family, this means they're often conflicting with their children's goals and superiority complexes, because being smarter then their parents means they don't think they have to listen to the rules of life.

The children however, while being academically gifted, lack real world experience and social graces.