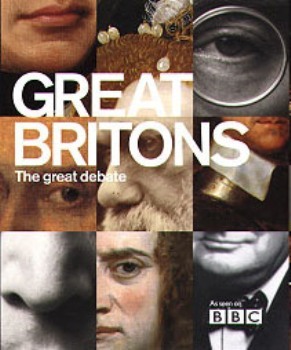 100 Greatest Britons was a 2002 BBC TV series to elect the 100 greatest Britons of all time. The poll gave viewers the opportunity to vote their candidates to the top.

Naturally the election was not without controversy. A few people on the list were not even British, in that they had been born elsewhere (ie. Ireland) and were not British citizens. With other names there was the discussion whether they could really be considered "great", seeing that they were either just popular entertainers, well-known celebrities at the time of the survey or people whose lives weren't exactly beneficial to all of their fellow men.