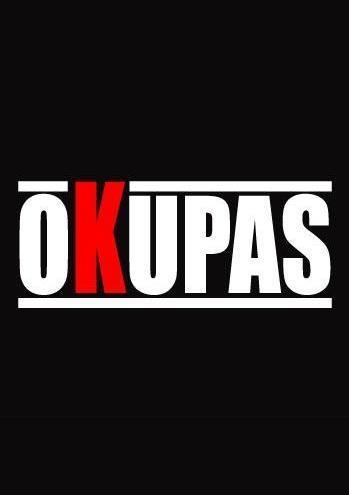 With friends like these...
"I've fallen in love with your asshole face, fucker"
—Ricardo (to Pablo)
Advertisement:

Okupas (Squatters) is an Argentine TV show made in 2000, it was directed by Bruno Stagnaro and produced by Ideas Del Sur. It's one of the most acclaimed shows from that country, considered by many to be one of the best. It was very successful on it's first run, but re-runs didn't do that well.

Starring Rodrigo De La Serna, Diego Alonso, Franco Tirri and Ariel Staltari, tells the story of Ricardo, one college dropout who lives in his grandmother's shed. His life takes an unexpected turn when his cousin offers him to live in a recently vacated house from her patrimony until she manages to find a buyer.

He accepts, while secretly bringing over his childhood friend Pollo and Pollo's mate Chiqui, the Gentle Giant. Later they all become friends with Walter, a Jerk with a Heart of Gold who is Friend to All Living Things and loves the Rolling Stones. While living in that house, Ricardo decides to delve deeper into this new and risky lifestyle, while reluctantly learning the true meaning of friendship, love and loyalty.

The series has been praised for being an accurate portrayal of urban street life in Argentina, while striking a balance between drama and comedy.

It's well known for having a lot cinéma verité elements in many slice of life scenes (special mention goes to the second episode) with lots of realistic and funny improvised dialogues. Then, reaching the later half of the series, it becomes a crime thriller.

20 years since its first run and after all this time without an official home video release (the only way to watch the show was in YouTube in VHS rips recorded in the early 00's in a very poor quality) the beloved show finally got remastered and released on Netflix on July 20th, 2021. With a new original soundtrack, since the main reason they never released the series on VHS or DVD is because the copyright for most songs they used from international bands were unaffordable.

Okupas includes examples of these tropes: