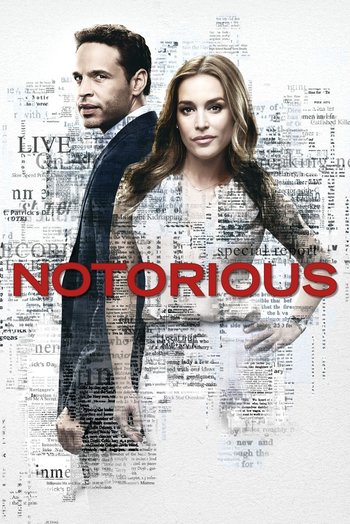 Notorious is a drama series which aired on ABC and starring Piper Perabo and Daniel Sunjata.

After his client becomes a suspect in a hit-and-run incident, lawyer Paul Gregorian turns to media mogul Julia George to try and help him out. However, Julia has her own agenda, and that agenda does not necessarily benefit Paul's client. And thus begins a contentious dance between the media and the law.

The series premiered on September 2016. It was officially canceled in May 2017 after one season of ten episodes.