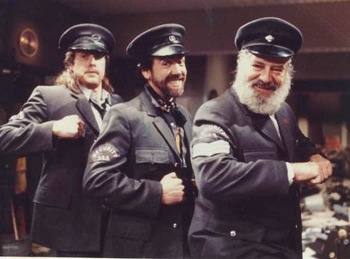 Nightingales is a British situation comedy set around the antics of three security guards working the night shift in a deserted office block. It was written by Paul Makin and produced by Alomo Productions for Channel 4 in 1990. The show combines naturalistic dialogue with surreal humor.

The three guards are:

Not to be confused with a 1989 NBC Medical Drama of the same title.