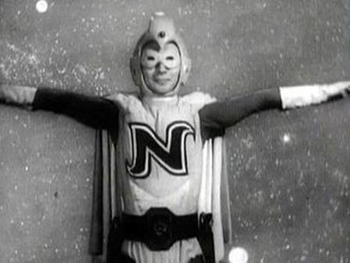 National Kid is a Japanese tokusatsu television series produced by Toei Company in 1960. Broadcast on NET (now TV Asahi), it was sponsored by Panasonic, then known as Matsushita Electric, to promote the National brand.
Advertisement: