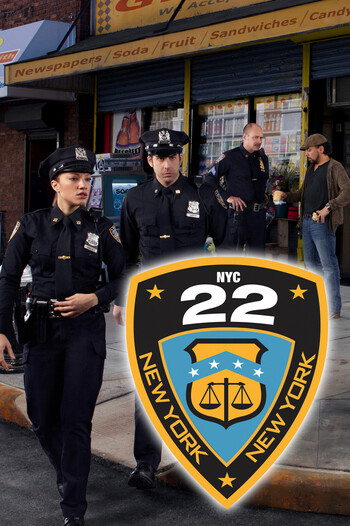 NYC 22 is a Cop Show following six NYPD rookies from their first day on the job with the 22nd Precinct. It aired on CBS for a month in 2012 before being cancelled due to consistently poor ratings.