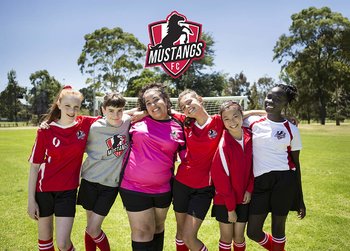 Mustangs FC is an Australian comedy drama TV series aimed at young teenagers and starring Emmanuelle Mattana as the lead character. The show is set in the suburban Australia, and focuses on Mustangs FC, an all-girls soccer team.

A group of outcasts start their own all-girls football team. As well as trying to match up against the boys, they all must juggle their lives and develop into young women while learning what it means to be a true friend.