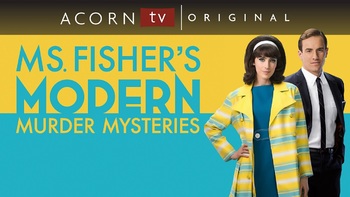 The next generation.
Advertisement:

Having had dozens of odd jobs, Peregine Fisher is capable of filling in her aunt's shoes better than the vast majority of individuals. Assisting her in this is the Adventuress Club, a Amazon Brigade of genius women who were all helped in their careers by Phryne Fisher. Unfortunately, the Melbourne police are now controlled by a dirty cop named Sparrow who attempts to stymie her efforts at every turn.