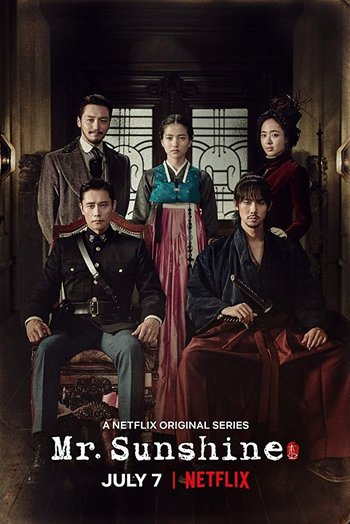 Mr. Sunshine is a K-drama broadcasted on the Korean channel tvN and uploaded on Netflix worldwide in 2018.

A young boy born into a house servant's family escapes his master and travels to the United States during the 1871 Shinmiyangyo (Name of the U.S. expedition to Korea). He returns as a U.S. marine officer during a period of political turmoil, and falls in love with an aristocrat's daughter.