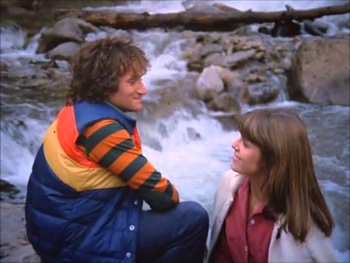 This 1978–82 Fantastic Comedy series on ABC, created by Garry Marshall and spun off from an episode of Happy Days, introduced the world to the comic genius of Robin Williams.

Williams played Mork, a visitor from the planet Ork sent to Earth to study and report on human behavior. After his egg-like space vessel landed near Boulder, Colorado, Mork moved in with the first human he encountered — a pretty young woman named Mindy McConnell (Pam Dawber) — and used her home as a base from which to observe humans and their strange ways.

Each episode concluded with Mork contacting Orson, his unseen Orkan supervisor, to share his most recent observations on Earth culture.

Example of:
Humans Through Alien Eyes