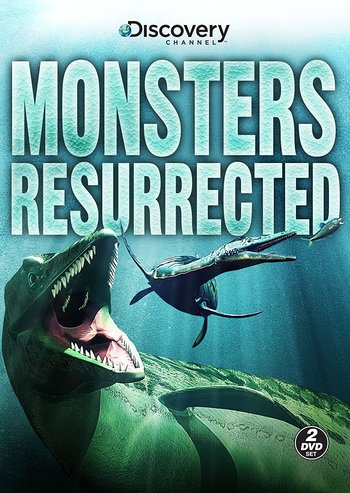 Monsters Resurrected (also known as Mega Beasts) is a documentary that aired on the Discovery Channel from 2009 to 2010. The basic plot of each episode (there are six in total) involves a different extinct predator. Each episode usually has the creature hunting its prey, fighting other creatures and eventually being driven to extinction.