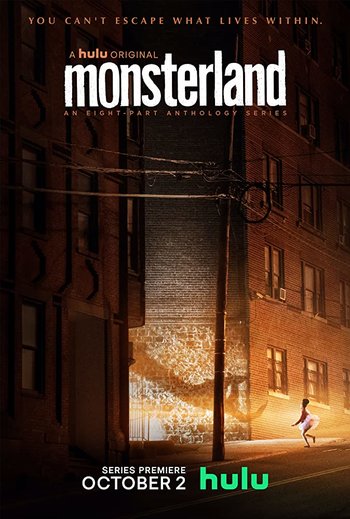 You can't escape what lives within.

When you were born, when you were a little baby, there's a million yous you can be. A doctor, a lawyer, a bank robber, happy, sad, all different kinds of versions of you. Then you start going through life and you make this choice, this one, that one, one by one those versions sort of go off, like they dying in a sort of way. And then finally, you end up who you is.
— Toni, "Port Fourchon, Louisiana"

Monsterland is a 2020 horror anthology series streaming on Hulu. It is based on the short horror stories (sometimes loosely) of Nathan Ballingrud's 2013 book North American Lake Monsters: Stories. The show was created by Mary Laws (writer of The Neon Demon) and each episode takes place and is named after a different city.

"Port Fourchon, Louisiana" (based on the story "You Go Where It Takes You")

A down-and-out waitress questions her choices.

A New Orleans socialite wrestles with her past.

A wealthy CEO suffers for his sins.

"Plainfield, Illinois" (based on the story "The Good Husband")

A disgruntled fisherman makes the catch of a lifetime.

A neglected daughter longs for another life.

"Newark, New Jersey" (based on the story "The Monsters of Heaven")