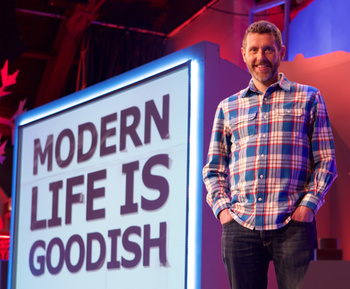 Modern Life is Goodish (2012-2017) was a TV series written, performed and PowerPointed by humorist Dave Gorman. Yes, you read that right, PowerPointed. Every episode consists of Dave Gorman putting together a PowerPoint presentation to try and explain that modern life is good, rather than great or bad, and that's OK.