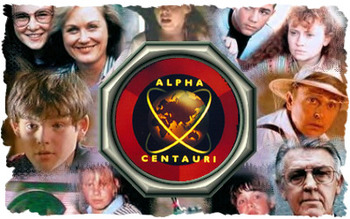 Mission Top Secret was an Australian TV series, where a group of kids make an organization named Alpha Centauri, and spend resources fighting against an evil organization composed of mainly one persistent individual, Neville Savage.

The first season featured missions in several foreign locales, and was made as a co-production with television producers in those countries. Von Steinforth, the villain-of-the-week from the episode set in Germany, was the Ensemble Dark Horse of the series, and returned as a recurring antagonist in the second season.