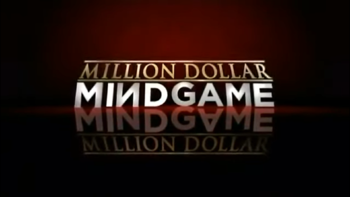 ABC Game Show that ran for six episodes beginning on October 23, 2011, although they were taped in Summer 2010. It's basically an import of the Russian game show What? Where? When?, and the idea is for a six-man team to answer Nintendo Hard questions using lateral thinking and teamwork.