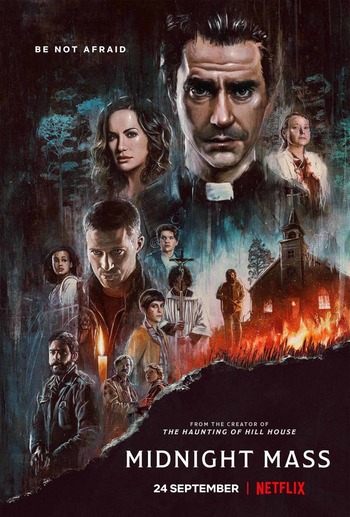 Be Not Afraid
"I am so glad that you'll be with us for what comes next."
Advertisement:

Midnight Mass tells the tale of a small, isolated island community whose existing divisions are amplified by the return of Riley Flynn (Gilford), a disgraced young man, and the arrival of the charismatic priest Father Paul (Linklater). When Father Paul's appearance on Crockett Island coincides with unexplained and seemingly miraculous events, a renewed religious fervor takes hold of the community -– but do these miracles come at a price?

can be found here.

So tell me when
You're gonna let me in…