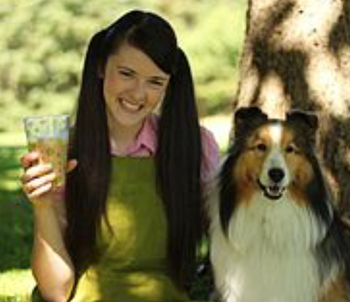 Mickey's Farm is a Canadian children's television series made for preschoolers and children, which is a mix of live action, animation and original music. The show is produced by Best Boy Entertainment in St. John's, Newfoundland and airs on The Pet Network in Canada and in the U.S. on the Trinity Broadcasting Network-owned Smile of a Child children's network, which picked up the U.S. rights to the show in 2012. As of December 6, 2014, the series also airs in the U.S. on the Qubo network, owned by Ion Media Networks.

Mickey, a new farm dog, has just moved to the farm with his best friend, Megan. Each episode follows Mickey as he experiences new things on the farm and sometimes gets himself into troublesome situations. With the help of Megan, his friends Guy the goat and Fiona the likeable ferret and their Magic Book, Mickey always resolves his problems and learns something new. Each episode ends with an original song, which reiterates new things learned. The show is intended to motivate children to explore new things, ask questions, problem-solve and make new friends.