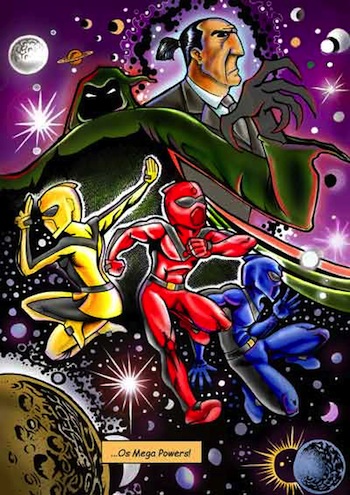 If Super Sentai had less than a tenth of its budget, it would probably be something like this.
Advertisement:

Mega Powers is the story about three teenagers who transform into stunt actors wearing brightly-colored outfits so that they can fight aliens, trash bag monsters, and CGI Kaiju.

First episode can be found here

For the wrestling tag team, see The Mega Powers.