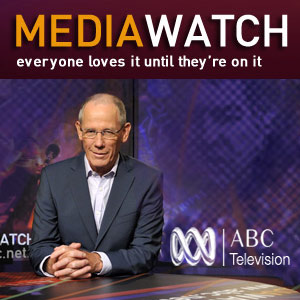 "Everyone loves it until they're on it."
— The tagline of the show
Advertisement:

Media Watch is a television program on The ABC which focuses on analysing and dissecting the news media in Australia. It swings between covering the appalling and the hilarious. It covers lies, discrepencies and ethical violations by all of Australia's major networks, papers, radio stations and other outlets, and it certainly isn't afraid to aim at the ABC itself should the situation call for it. It follows up on quotes, demands citations and explains how the stories get written.

Needless to say, it is hated by the less honest media figures in the country, and the show just loves the hate.

The ABC puts complete episodes up on its website