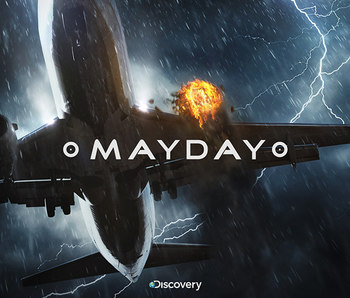 Mayday, also known as Air Emergency and Air Disasters in the United States and Air Crash Investigation in the UK and Australia, is a Canadian docudrama series about aircraft accidents and incidents. Produced by Cineflix, the series premiered on Discovery Channel Canada on September 3, 2003.

Episodes usually start In Medias Res while the disaster is underway, following them with a sequence of the disaster and the following investigation, and at the end a re-enaction of how the disaster occurred and of how measures were taken to prevent the disaster from happening again.