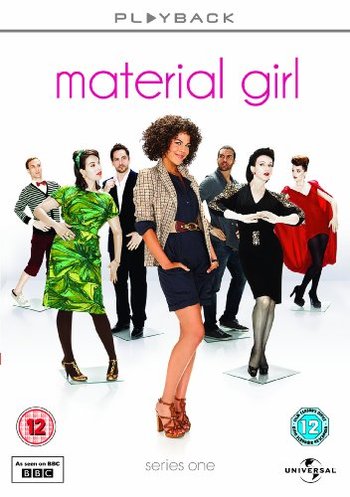 Material Girl is a British romantic comedy produced by Carnival Films, that first aired on BBC One on 14 January 2010. It stars Lenora Crichlow, Dervla Kirwan and Michael Landes.

Set in the fashion world, it was inspired by the book Fashion Babylon. It was described in one of the early promotional items about as "a romantic comedy about a young fashion designer battling an evil ex-boss, a sexy-but-devilish business partner and snobby fashionistas to get her break in work and love.

Not to be confused with the song by Madonna.