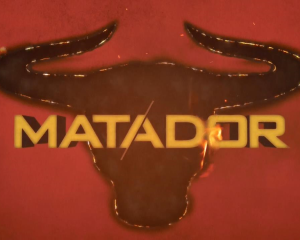 Matador is a 2014 short-lived US TV series about a young, aggressive DEA agent named Tony Bravo who is recruited by the CIA to spy on an unfolding conspiracy, masterminded by a shadowy central figure. One of the members of the conspiracy is believed to be the owner of L.A. Riot, a man named Andrés Galan. The CIA baits the hook for Bravo by promising to get his brother out on parole ASAP. In exchange, Tony has to go undercover as an Association Football player.

The entire first season aired over the El Rey Network, ending on October 7, 2014. The network initially renewed the show for a second season before its premiere, but they would ultimately report it cancelled on November 29, 2014, due to disappointing international sales.