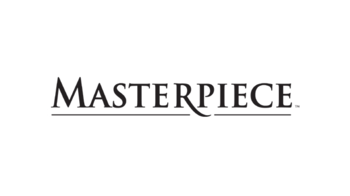 Masterpiece is a Long Running primetime dramatic anthology series on PBS that acts as a showcase for British TV shows (usually from The BBC, though Channel Four, Granada, and ITV material have also been featured).

The series premiered in 1971 as Masterpiece Theatre, with a focus on Costume Drama and literary adaptations. Its well-known classical title theme was Jean-Joseph Mouret's Rondeau

from Suite de Symphonies. It was hosted by Alistair Cooke until his retirement in 1992, and then by Russell Baker until 2004.

In 1980 it gained a sister series, Mystery!, which showcased British detective and mystery series. Mystery! had a specially-created animated title sequence inspired by the artwork of Edward Gorey. It was hosted by Gene Shalit for its first year, succeeded by Vincent Price (1981–1989) and then Diana Rigg (1989–2003). Neither Masterpiece Theatre nor Mystery! had an on-screen host between 2004 and 2008.

Adaptations for TV by the BBC of Shakespeare and other classic works are very often syndicated to appear on Masterpiece in the U.S. through WGBH Boston, often in multiple parts.

Not to be confused with World Masterpiece Theater, another long runner anime children's classics series in Japan.

Shows that have aired on Masterpiece and its offshoots include: