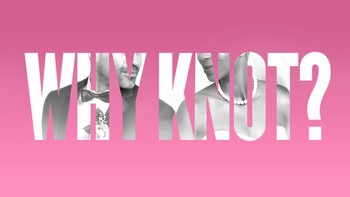 Married at First Sight - originally Gift Ved Første Blik, a Danish production in 2013 before the format was sold internationally, aired in America as a Reality Show on FYI and Lifetime. The program features couples meeting for the first time as they are about to get married. What could possibly go wrong?

Each season follows three to five couples matched by the show's team of experts. They don't meet or learn anything about each other until the wedding. After the Wedding Episode, the show follows the couples as they go on a honeymoon, move in together and spend time with their new spouses. At the end of each season comes Decision Day when the couples decide if they will stay together or get a divorce.

The show began in 2014 featuring couples living in New York City metro area. As of 2020, they are on season 11 and have filmed in ten cities across the United States.

Many other international versions exist, particularly the UK and Australian variants.