Series / Made In Chelsea 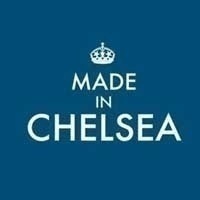 Made in Chelsea is a British structured-reality TV show that broadcasts on E4. The show follows the lives of people in their early to mid 20s who live in West London. It first aired in 2011. The show has had 10 seasons so far, not including two on location spin-offs entitled Made in Chelsea: New York and Made in Chelsea: LA.

Whilst a few of the original cast remain Made In Chelsea gets rid of and recruits people every season.

Made in Chelsea contains examples of: