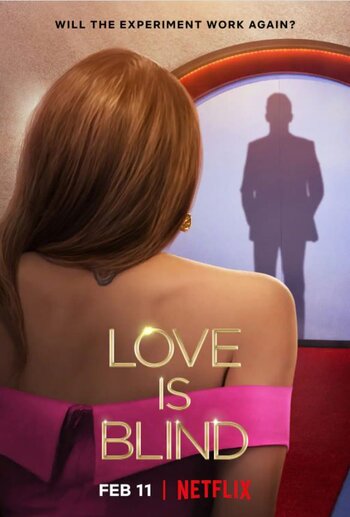 In the show, fifteen men and fifteen women from the same metropolitan area who are all looking for love and to get married. For ten days, the men and women date each other to try to figure out with whom they have a connection. The twist?

They are isolated in "pods" so while they can hear and communicate with their dates, they are not allowed to physically see each other unless they are ready to get married. The idea is that without physical appearance being a factor in dating, contestants will be able to let go of distractions and preconceived notions in order to find true love.

After an initial "speed dating" period, the contestants eventually choose one person that they want to focus on building a long-term connection with and propose to. After becoming engaged, the couples then head to a romantic retreat at a resort where they can spend more time getting to know their partner (emotionally and er, physically) and also meet their fellow contestants who also got engaged.

From there, the engaged couples move to the same apartment complex as they prepare for their upcoming nuptials to be held at the end of four weeks. The apartment living functions as a "real world" test, where the couples will meet their partners' families and friends and see what co-habitating will actually be like.

At the wedding, the contestants make the final decision as to whether they would like to break up or say, "I do."

The first season, consisting of 11 episodes premiered February 13, 2020. A three-part "After the Altar" special checking in with the couples aired on July 28, 2021.

Netflix renewed the series for a second and third season, with the second season released on February 11, 2022.

Several spinoffs have been released on US Netflix with subtitles:

A Character Sheet is under construction.