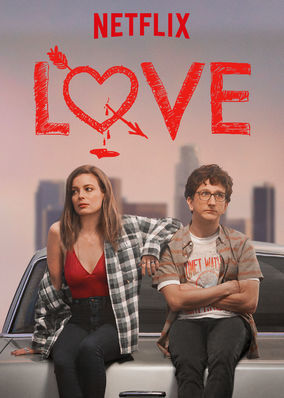 Love is an American Netflix original romantic comedy-drama series that debuted in 2016 and ran for three seasons. It has a total of 34 episodes. The show was co-created by Judd Apatow, Lesley Arfin, and Paul Rust. Love stars Paul Rust and Gillian Jacobs as Gus and Mickey, and it follows their struggles as they attempt to navigate love, sex, and relationships and the fallout from all of the above.

The series tries to present a "down-to-earth look at dating" and explore both male and female perspective on romantic relations through the characters Mickey and Gus and their often dysfunctional, destructive behaviour.

Not to be confused with the 2011 sci-fi film Love, nor the '60s psychedelic rock band of the same name.