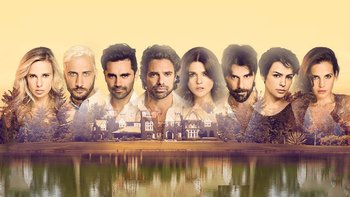 Los Ricos no piden permiso is a 2016 Argentine telenovela. It is set in a rach near the small town of La Cruz.