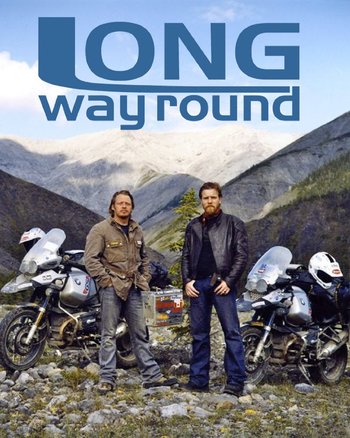 Long Way Round is a travelogue series starring Ewan McGregor and his good friend and fellow actor Charley Boorman. There have been three editions:
Advertisement:

The series features a theme performed by Kelly Jones of Stereophonics. The lyrics are slightly altered for each iteration to incorporate the changes in title.

Boorman has gone on to film solo travel series entitled By Any Means and Right to the Edge: Sydney to Tokyo By Any Means.

These travel series provide examples of: