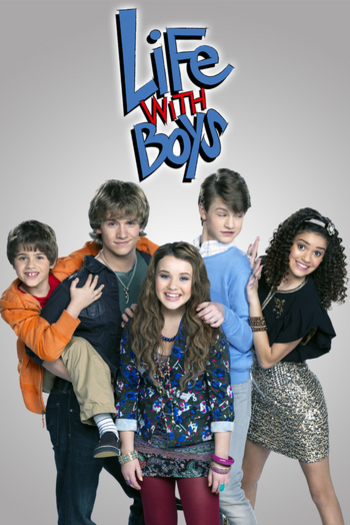 What a Wonderful Kind of Day.
Advertisement:

Life With Boys is a Canadian Kid Com from Nelvana (one of their few non-animated works) starring Torri Webster. She plays Tess Foster who lives with her widowed father and three brothers (Gabe, Spencer and Sam). The show focuses on her quest to find the balance between her love for typical girly things and being on the wrestling team.