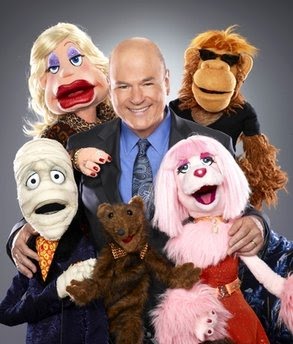 "It's like Match Game with puppets...which as I say it sounds idiotic, but we think it's funny."
— Larry Miller, trying to explain the show to Don Imus.
Advertisement:

GSN Game Show where two contestants had to determine which of four puppet characters is telling a lie about something in a specific category. The show ran for a mere eight episodes in Summer 2010.