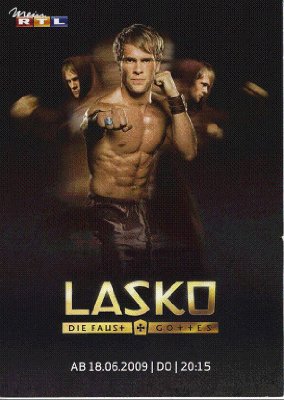 Lasko – Die Faust Gottes (Lasko – The Fist of God) is a German TV show produced by Action Concept and RTL, the companies behind Alarm für Cobra 11, and is based on the movie Lasko - Im Auftrag des Vatikans (released as Death Train in the USA), which serves as a prologue to the series.

It is about a German monk named Lasko, who used to be a soldier in the Kosovo force but decided to become a monk after a traumatizing event. In the order of Pugnus Dei, he is trained in martial arts and uses these to fight against evil organisations and terrorists.